The most progressive generation of Americans are coming of age and beginning to vote. Even though there may be considerable difference between moderate Republicans (aka todays Democrats) and the Fascist criminal mobster Republicans of today, most of progressive America is still un-represented. America may be tired of professional politicians, but we certainly do not want less choice.

Todays republican legislators are the best liars the world has ever seen. The American political pundits and Sunday talk show moderators have been mostly silent on the difference between truth and lies and they should be called out. Week after week they invite Trump officials on their Sunday shows, and the officials use it a platform to spew mistruths and straight out lie. Chuck Todd and Margaret Brennan abdicated their responsibility; and they treated these liars like a profit based side-show. George Stephanopolis tried to call them out but then they do not come back on the show if they get questions that require answers. So as we are sitting here listening, aren’t we kinda being used? Hey Chuck and Margaret, did you know that LIES are not apples and oranges, but rather are apples and no apples. Shame on the Sunday moderators for saying “thanks for coming on the program” and dismissing their lies. It’s contributed to lying being more of a normal thing. It’s not normal. Lying is actually satanic. And when power is lying to truth, then that’s a big problem. 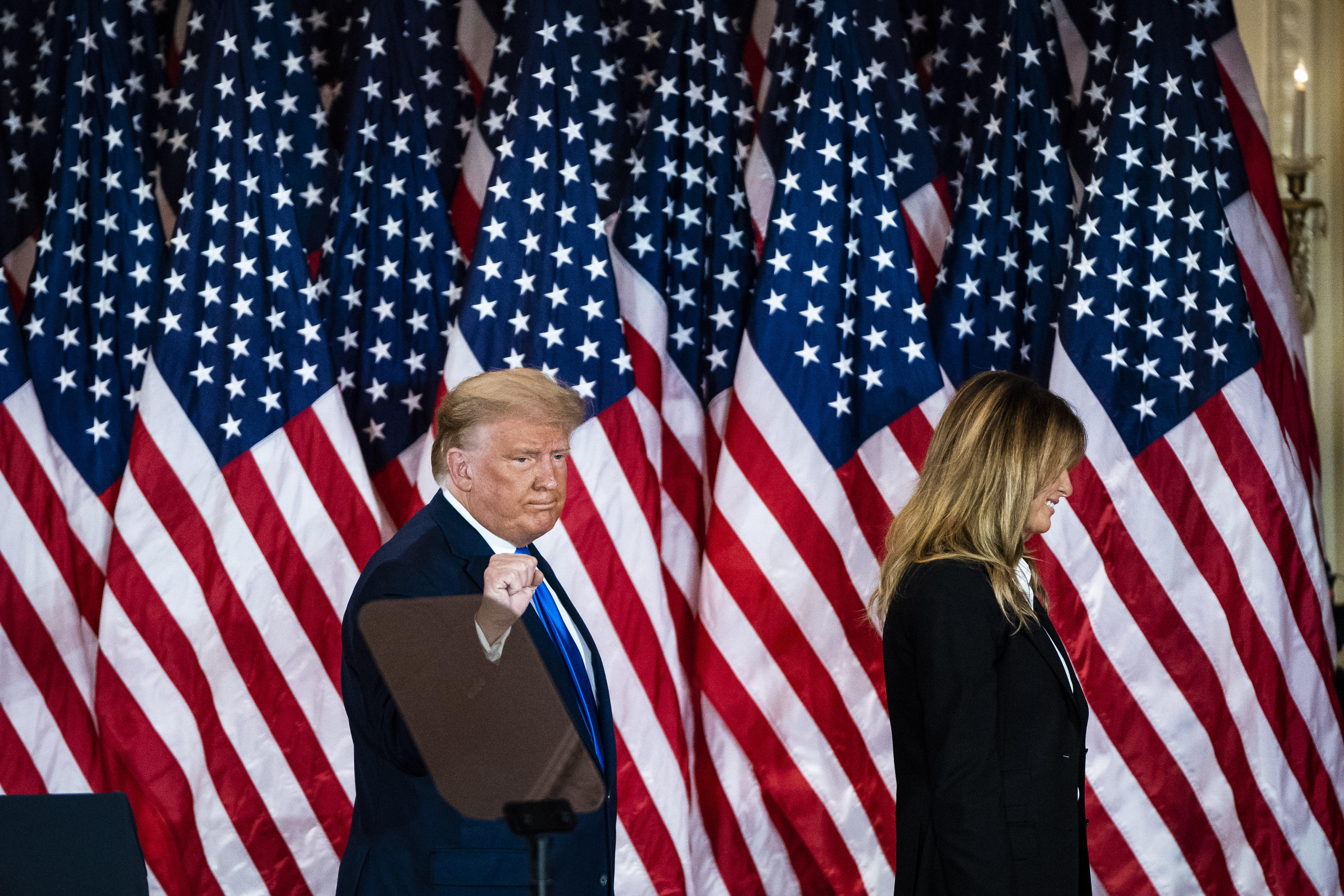 The Nationalist Nightmare On Hold as Trump Crime Family Voted Out

It would be a mistake for the Democratic party to give an inch to the right. They are so far to the right NOW they have slipped into Fascism. They need a true opposing force or we are done as a democracy. Most people are progressive, but the ignorant progressive is looking for any alternative. Trump resembles a progressive change to the right – and voters went for it. Bernie Sanders had the same magnetic attraction using the opposite message, and it’s likely he would have beat Trump in 2016. Bernie would have been more popular this time too, had he not had a slight heart attack.

Washington Post Story
It’s bullshit that Democrats need to shed more of their progressiveness. That’s the problem. There’s no real second choice. In my lifetime the previously moderate Republicans like Gerald Ford have morphed into Democrats like Elizabeth Warren, but still with that selfish edge. These Republican moderates are considered crazy socialists when Nazis are talking – and America is listening the Nazi logic. People like Ted Cruz, Lindsay Graham along with the Trump crime family of associated gangsters like Pompeo and Miller are really traitors and the enemy of democracies everywhere. Our adversaries have also taken note that Americans are easily fooled with nationalism and lies. We need parties that represent the most progressive generation in the history of this earth who are coming of age now and will change the political direction of America.

America does not want 2 republican parties but that’s what we have now. Despite how these 2 parties voice their differences, they are nearly identical. Trump was the aberration, not the norm, and the frustrated ignorant people went for him like a fresh breath of air. Now we know the ignorance is deep and desperate. If we do not create a progressive wing of democracy America will be lost among the authoritarians. The downfall of every great power throughout history can be attributed to a rise in Nationalism just before the fall. Nationalism is always accompanied by increased corruption because that when the criminals are in charge. Like now!

Recently a homeless man was being interviewed and was asked “Why don’t you vote?” The homeless man replied “because no matter who you vote for, it always seems to be the same person.” This is prevalent and frightening insight into Trumps success. The current system favors Republicans with no real alternative but a lesser party of republicans we call Democrats. Todays Democrats are yesterdays moderate republicans. Then there’s the Republican electoral college advantage.

Trump Crime Family and Trump Virus Solved by the Voters