Steve Donziger, a human rights lawyer in NYC has been locked up in his home for nearly 2 years. Why? Because of blatant corruption that’s as plain as day. As obvious as a Trump falsehood. At the center of this is a winning judgement of Billions against Chevron for the people of Ecuador after the oil giant left huge swaths of land in the Amazon rain forest polluted beyond belief. For 40 years the US Justice system has tried to deny justice to these people. There is an anti-environmentalism force in our judiciary and Kaplan is the Godfather.

There are some articles (Reuters and INTERCEPT) and a Democracy Now video below that explain.

THE INTERCEPT: Story – HOW THE ENVIRONMENTAL LAWYER WHO WON A MASSIVE JUDGMENT AGAINST CHEVRON LOST EVERYTHING

Judge Kaplan and Chevron almost appear to be working together and side by side to assure that Steve Donziger would NOT be able to do what he was getting ready to do; enforce this Chevron Civil Judgment internationally – and to the whole world. Stopped by Kaplans use of ‘slug power’.

Inside the Mind of the Fascists

When the best of us stand up to the fascists – the fascists will TRY HARD to make the GOOD pay a price. In this case prosecuting the winning lawyer for successfully financing a case left to rot for 40 years in US Courts. Kaplan didn’t like the idea of people like Donziger having money. When you’re a judge you can order people not to profit, fascistspeak for people they don’t like ‘getting paid’ or ‘making a living’. This is the most key insight into the mind of the fascists and how they think. They always always always think and believe it’s okay for them but not you, and they use fascistspeak to paint an inaccurate picture in the public’s mind. Their special words give them license. They would describe the killing of Gorge Floyd as a ‘clash between police’ or ‘an escalation of violence.’ Beware of slug speak and those who believe they have a special place in society and you don’t. If you try to occupy that space they will come after you typically with propaganda. But in this case it is Judge Kaplan inappropriately using his position to to hurt the best of us like Donziger. You wont see this shit in a “Law and Order” episode.

Kaplan should be impeached. The fascists that make good people pay a price for being GOOD are the most dangerous bad guys in OUR democracy. Kaplan is the enabler of Chevrons SLAPP suit. Absolutely pathetic. Kaplan is prosecuting the winning lawyer for winning and using methods only a prosecutor can use. Private lawyers ALSO acting as prosecutors hired by Kaplan to represent the US Government in a lawsuit intended to punish.

After Steve Donziger won his case against Chevron, instead of paying the judgment, Chevron came after him (the other lawyer) in a SLAPP type of lawsuit. (Lawyers who engage in SLAPP lawsuits should be disbarred and stripped naked.) Judge Kaplan behaved like he was on the Chevron legal team obliging Chevrons unusual request for access to Plaintiff lawyers laptops, cell phones and and personal effect. It was clear to Donziger that the Government and Chevron wanted access to his contacts.

This is after Donziger won this case (he was not the only lawyer). Of course he declined to share his cell phone as opponents would have access to his cases. When he declined he was jailed, fined 3 million dollars to be paid to Chevron. And then disbarred by the fascists.

In a comical move Judge Kaplan appoints lawyers tied to the fossil fuels industry to prosecute the case after Federal Prosecutors decline to prosecute Donziger. This is against the winning lawyer. All prosecuting lawyers became tied to Chevron. Chevron had the Judge who refused a jury trial and Chevron had the prosecution. Completely co-opted on all sides.

Kaplan drafted the criminal contempt charges against Donziger on the United States’ behalf in 2019, an unusual move for a judge. The law firm Seward & Kissel is representing the prosecution in that case. A May 10 trial is scheduled.
The case is Chevron Corp v. Donziger, 2nd U.S. Circuit Court of Appeals, Nos. 18-855, 18-2191, 19-1584.
For Donziger: Pro se
For Chevron: Thomas Hungar and Randy Mastro of Gibson, Dunn & Crutcher
Westlaw LINK

These decisions by US Judge Kaplan must certainly detract credibility away from the US Justice system. Donziger won his case and won billions of dollars of the people of Ecuador. Almost exclusively on evidence that despicable Texaco told Ecuador’s indigenous peoples that oil ‘was like milk and full of vitamins’ and good for you.

So, a ‘preferred defendant’ lost and then the judge went after the lawyer. A lawyer that won billions of dollars for the people of Ecuador. It seems Judge Kaplan’s corrupt goal was to shut down an international legal enforcement effort by Donziger. What a great gift to the oil industry. 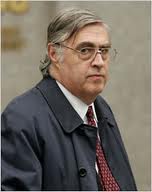 Judge Kaplan is one scary mother-sluger. Mis-using his slug power to carry out his personal right wing agenda; he should be impeached. How many of Americas judges are running around marble laden courthouses and using their slug power to hurt the best of us, in this case an unpaid human rights lawyer?